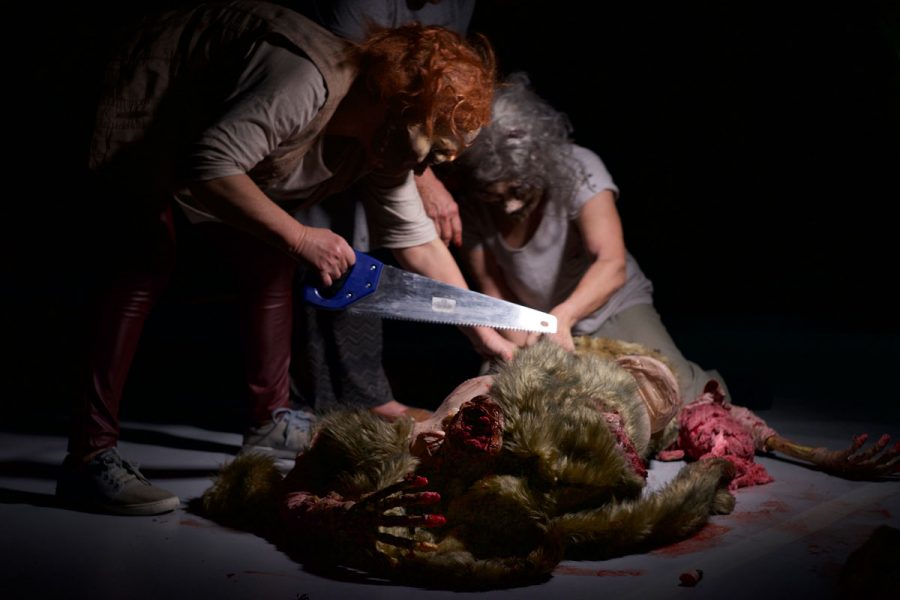 Eleven Athenian women, with the instructions of the Swedish director and visual artist Markus Öhrn, formed a band and dived into the work of Sophocles, presenting it as a series of seven dark atmospheric theatrical installations. Putting on center stage what is usually hidden, the macabre and grotesque element, the work approaches these plays through the lens of their heroes’ body: The body that experiences history and is crushed by it, a field of extreme violence. The body of the ruler and the weak. The body of the soldier. The body of the rebel and the philosopher.

The halls, designed by Theophil Hansen, was transformed into dark arenas where the eleven women faced the extreme moments of Sophocles’ heroes, presenting six different performances.

“…Hack this body limb from flesh.
And hack off my head. Chop me in pieces,
to save me from the horror of hope…”
(Philoctetes, 1206) 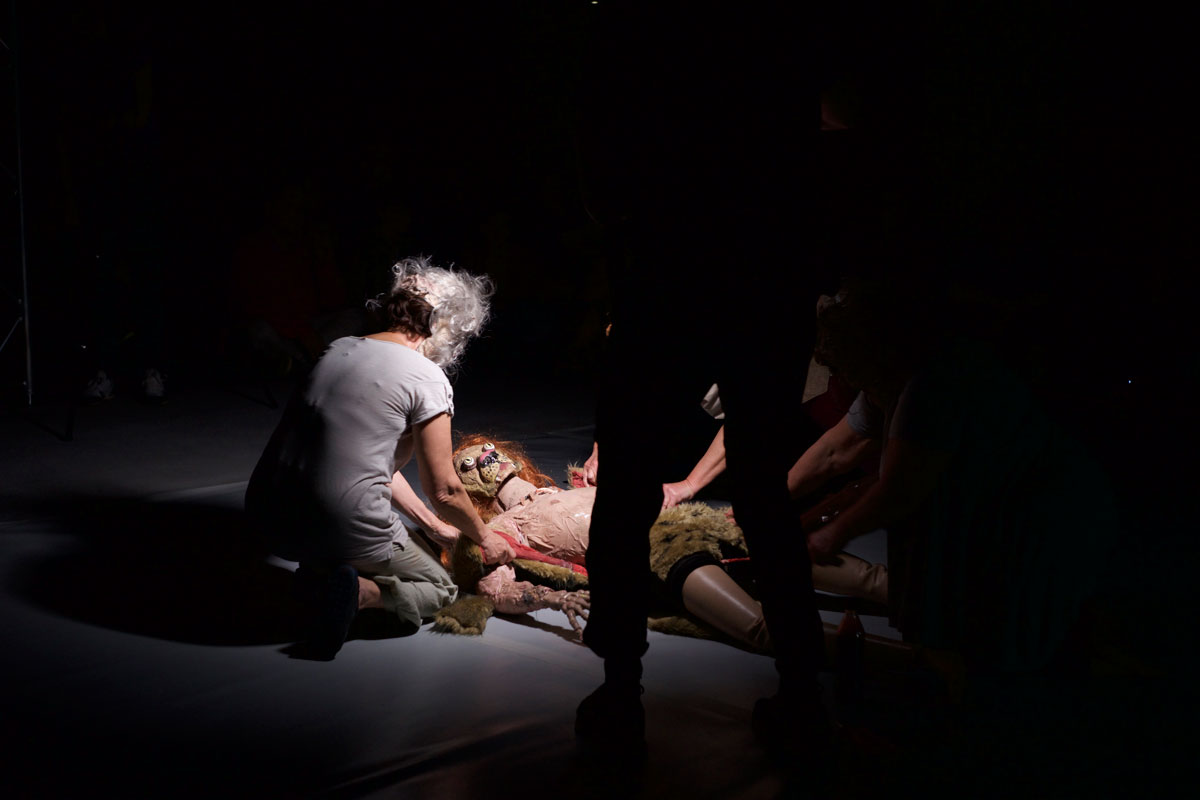 In cooperation with: INSTITUTET (SWE)
Commissioned and Produced by: Onassis Culture/FFF
Supported by Swedish Arts Counsil

We would like to thank the following for the extracts of the translations in modern Greek:
Papadimas publishing, for Ajax, translated by Panayis Lorentzatos